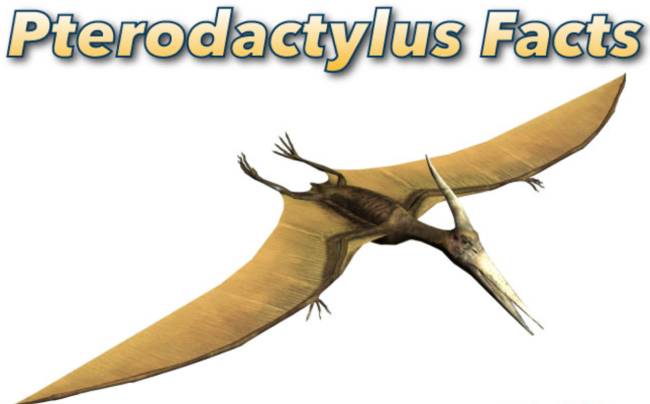 “Pterodactyl” refers to two famous pterosaurs of the Mesozoic Era,  Pteranodon and Pterodactylus. Ironically, these two winged reptiles were not all that closely related. Discover ten essential facts about these so-called “pterodactyls” that every prehistoric life enthusiast should know.

There’s No Such Thing as a Pterodactyl

“Pterodactyl” became the pop-culture term for pterosaurs in general, and for Pterodactylus and Pteranodon in particular, but it remains that most people (especially Hollywood screenwriters) prefer to use this word. The term “pterodactyl” is never used by paleontologists in the field, instead focusing on the individual pterosaur genera, of which there were literally hundreds — and woe to anyone who confuses Pteranodon with Pterodactylus!

Neither Pterodactylus nor Pteranodon Had Feathers

Despite what some people still believe, modern birds did not descend from pterosaurs such as Pterodactylus and Pteranodon, but rather from small, two-legged, meat-eating dinosaurs of the Jurassic and Cretaceous periods. Pterodactylus and Pteranodon appear strictly reptilian, although some odd pterosaur genera (such as the late Jurassic Sordes) may have exhibited hair-like growths.

Pterodactylus Was the First Pterosaur Ever Discovered

Pterodactylus’ “type fossil” was discovered in Germany in the late 18th century, decades before scientists had a full understanding of pterosaurs, dinosaurs, or evolution (which was formulated decades later). Pterodactylus was mistakenly thought by some early naturalists to be an ocean-dwelling amphibian that used its wings as flippers before 1830. Pteranodon fossils were discovered in Kansas in 1870 by famed paleontologist Othniel C. Marshall.

Pteranodon Was Much Bigger Than Pterodactylus

Pteranodons of the Late Cretaceous had wingspans of up to 30 feet, much larger than any flying bird of today. Compared to Pterodactylus, which lived tens of millions of years earlier, it was a relative youngster. Large individuals had wingspans of only eight feet, while most species had wingspans of only two to three feet, which is well within the current range of avians. When compared with pterosaurs, however, there was much less difference in weight. It was essential that both were extremely light in order to generate the maximum amount of lift needed to fly.

There Are Dozens of Named Pterodactyus and Pteranodon Species

Pterodactylus was discovered in 1784, and Pteranodon in the mid-19th century. Due to such early discoveries, subsequent paleontologists assigned numerous species to each of these genera, resulting in tangled taxonomies for Pterodactylus and Pteranodon. Species may be genuine, or they may turn out to be nomen dubium (Latin for “dubiously named,” which paleontologists generally translate as “utter rubbish”) or better suited to another genus of pterosaurs.

No One Knows How Pteranodon Used Its Skull Crest

In addition to its size, Pteranodon had a long, backward-pointing skull crest, whose function remains unclear. According to some paleontologists, Pteranodon used this crest as a mid-flight rudder (maybe it anchors a long flap of skin), but others argue it was purely a sexually selected characteristic (male Pteranodons with the largest, most elaborate crests were more attractive to females, or vice versa).

The main difference between ancient, lizard-skinned pterosaurs and modern, feathered birds is that pterosaurs walked on four legs when on land, as opposed to birds’ strictly bipedal posture. What are the reasons for our knowledge? Pteranodon and Pterodactylus fossilized footprints (as well as those of other pterosaurs) have been preserved alongside dinosaur track marks from the Mesozoic era.

Apart from their relative sizes, Pterodactylus and Pteranodon differ greatly in that the former possessed a limited number of teeth, whereas the latter lacked any teeth at all. Pteranodon’s vague albatross-like anatomy and this fact have led paleontologists to conclude that the larger pterosaur flew along the seashores of late Cretaceous North America and consumed mostly fish, while Pterodactylus enjoyed a more varied diet—but not as large.

Male Pteranodons Were Bigger Than Females

Due to its mysterious crest, Pteranodon is believed to have exhibited sexual dimorphism, with males being significantly larger than females. In addition, the dominant Pteranodon sex had a more prominent crest, which may have taken on bright colors during mating season. The males and females of Pterodactylus were similar in size, and there are no conclusive signs of gender differences.

Neither Pterodactylus Nor Pteranodon Were the Biggest Pterosaurs

The buzz generated by the discovery of Pteranodon and Pterodactylus has been co-opted by the truly gigantic Quetzalcoatlus, a Cretaceous pterosaur with a wingspan of 35 to 40 feet. Quetzalcoatlus was named after Quetzalcoatl, the flying, feathered Aztec god.

Hatzegopteryx, a comparably sized pterosaur represented by disappointingly fragmentary fossil remains found in Europe, may one day replace Quetzalcoatlus in the record books. Approximately 66 million years ago, only two specimens were found. Hatzegopteryx was a fish eater (piscivore) that lived in a marine habitat, and like other pterosaurs, it could fly.