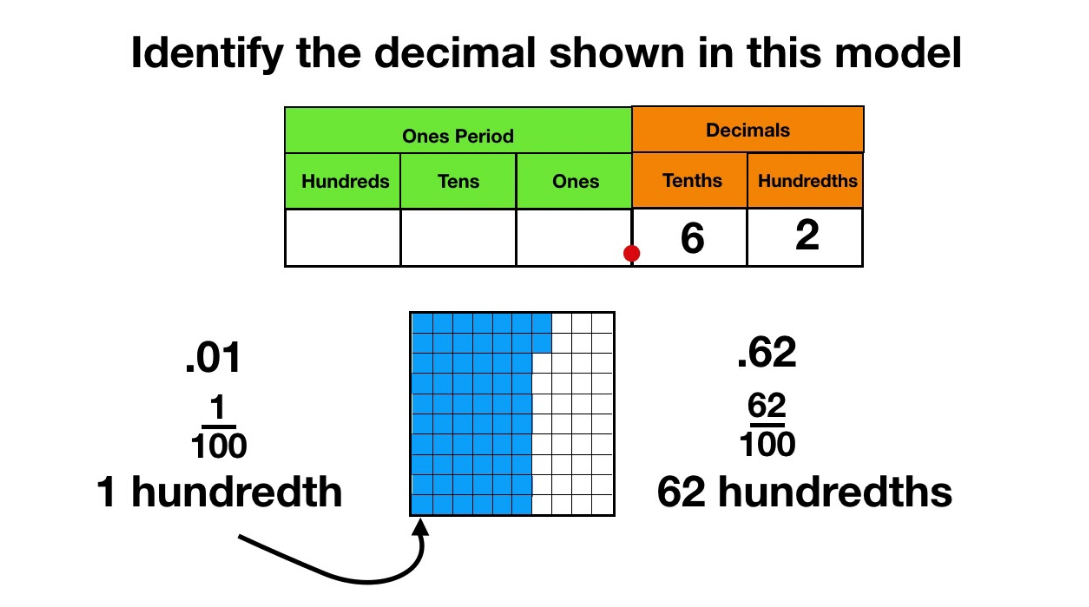 A Fact about Decimals

Whenever we write a decimal number with two places, we are representing the hundredth place. Let us take a plane sheet that represents one whole. Now, we divide the sheet into 100 equal parts.